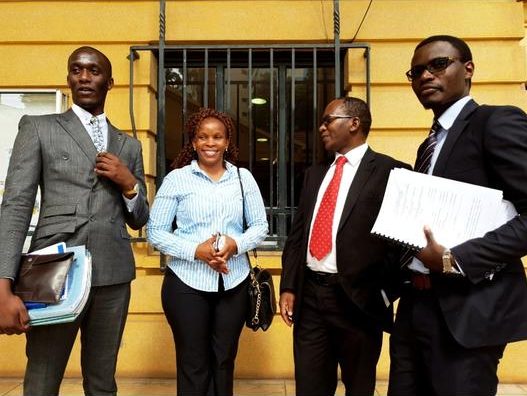 Through their lawyers, Dedan Wachira and Kamotho Karanja, petitioners Peter Solomon Gichira as the first petitioner, Faith Nuru as the second petitioner and Miriam Mweni as the third petitioner, have gone to court to compel the Kenya National Examinations Council (KNEC) to set special supplementary exams for pregnant and new teenage moms sitting for their national exams.

In the constitutional petition that was filled at the High Court, the petitioners are suing KNEC, Kenya Institute of Curriculum Development (KICD), the Teachers Service Commission (TSC), Education Cabinet Secretary Amina Mohammed and the Attorney General.

The trio wants CS Amina Mohammed to allow the administration of supplementary exams for pregnant candidates, candidates who deliver three months prior to the exams or those who deliver during the exams as well as those who fall sick or are bereaved while sitting for the exams.

In addition to this, the petition seeks to have KICD include a comprehensive sex education programme in the primary and secondary school curriculums. “As a Christian lawyer, I have the moral and legal authority to advance social justice like Jesus did. I could not sit and do nothing while innocent teenage girls were subjected to the inhuman requirement of sitting a national examination after having just delivered. The teenage girls are the victims in this situation, and they must be treated humanely,” said Dedan Wachira, one of the advocates representing the petitioners.

The number of teen moms has been growing lately. According to a report by The United Nations Population Fund (UNFPA), teenage pregnancies in Kenya (ages 10-19) stood at 378,397 between July 2016 – June 2017. To show how dire the situation is, the Children Affairs department in Kilifi has also reported 13,624 cases of teen pregnancies in the past one year.

Alarming Rate of Teen Pregnancy Has Got Parents Concerned