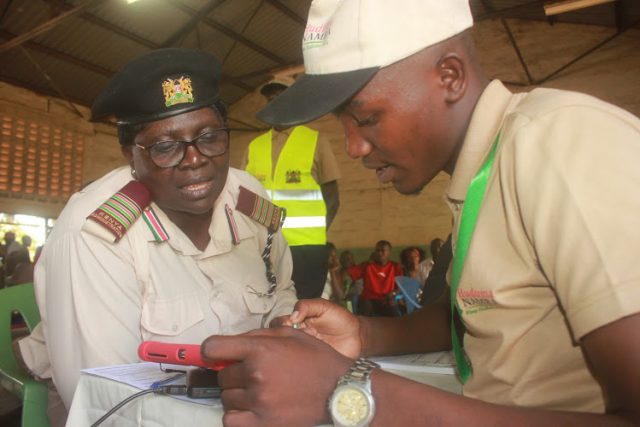 Under the National Integrated Identity Management System (NIIMS) program that seeks to create a single database for personal information for all Kenyans after which they will be issued a Huduma Number as a unique identifier, the government of Kenya sought to have mandatory registration of all Kenyan Citizens and registered foreigners resident into the system.

But the Huduma Namba project did not augur well with most Kenyan as the government was pushing hard implementation of NIIMS, shoving it down our throats without supporting laws while overlooking the much-heated disagreements about the program until Human Rights bodies stepped in to seek the intervention of High court over the matter.

Following Kenya National Commission on Human Rights, Kenya Human Rights Commission and Nubian Rights Forum move to court seeking the suspension of collection of data from Kenyans under the National Integrated Identity Management System (NIIMS) the High Court has suspended the collection of DNA and GPS coordinates pending the determination of the NIIMS Case.

Huduma Namba registration exercise will proceed as scheduled following a court ruling as the High court has allowed the government to proceed with the National Integrated Identity Management System (NIIMS) which President Uhuru Kenyatta is set to officially launch in Machakos county on Tuesday.

The government is expected to strictly adhere to the rulings stipulated by the High Court without interfering with an individual’s right to privacy, as the NIIMS case awaits the final decision with the reasoning to be issued on Friday (5 April 2019).

Court Rules Huduma Namba is Lawful, but Must be Implemented through a Regulatory Framework

Man Fights State to Have Judges In VIP Lounges