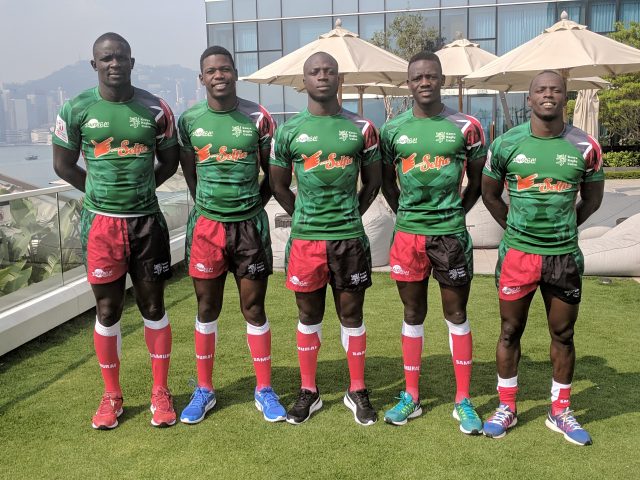 The official launch of Chukua Selfie, a campaign targetting young men between the ages of 18 and 24, urging them to know their HIV status using the self-test kits, music edition was well received by the public. Mr. Eric Ochola, Chukua Selfie Brand representative had noted during the official launch that plans were underway to introduce to the public a sports edition to encourage more youths to actively participate in the campaign during the launch.

Chukua Selfie has finally rolled a sports edition by partnering with the Kenya Rugby Union as a Shirt sponsor for the two legs of the World Rugby Sevens Series 2018/19 season. This partnership will see the Shujaa front of shirt branded with the Chukua Selfie.

“We chose rugby because it is widely followed by our target audience, we want to remind all the young men that even as they have fun they need to do so responsibly, ” said Chukua Selfie Brand representative Eric Achola.

“This sponsorship is timely, and it will enable us to meet priority needs for Shujaa as they take on the world this season. We are also aware of the importance of promoting self-testing for both our players and fans. This is why we gladly accepted this partnership,” said Oduor Gangla, the newly elected Kenya Rugby Union Chairman.

Kenya has been without a sponsor for the opening six legs of the 2019 season. Shujaa is in Pool C of the seventh leg alongside New Zealand, Australia, and Fiji. This is the first major sponsorship the Union has signed since Oduor Gangla was elected the Kenya Rugby Union chairman.

Kenya Rugby Union Adds Two Women To Its Board Of Directors