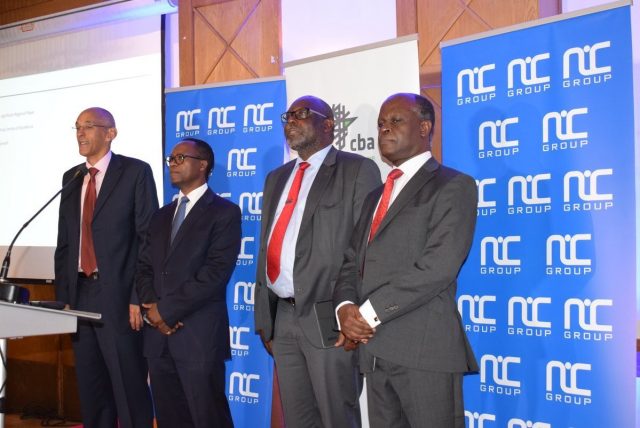 The first major merger deal in a sector that has continued to witness consolidation in the recent past following increased capital requirements and thinner margins brought by control of lending rates has finally been approved.

In an official statement seen by Urbwise, John Gachora Group Managing Director and Group Chief Executive Officer of NIC Bank Group announced the approval of the merger between both banks by its shareholders.

” I am pleased to announce that CBA and NIC shareholders overwhelmingly approved the merger between both banks during their Annual General Meetings (AGM) held on Tuesday, 16th April 2019 and Wednesday, 17th April 2019 respectively. These approvals now allow NIC and CBA to merge their operations and amalgamate their shareholding through which the current CBA shareholders will become 53 per cent shareholders of NIC Group,” read the statement.

In its proposition phase, Treasury Secretary Henry Rotich welcomed the decision noting that Kenyan banks will benefit from increased stability and will be stronger when they are bigger enabling commercial banks to take advantage of opportunities elsewhere in Africa.

Although the transaction is still subject to the approval of the relevant regulatory authorities including Central Bank of Kenya, Capital Markets Authority and Competition Authority of Kenya, some additional approvals will be required from the regulators in other countries where NIC and CBA operate.

” It is expected that the process will be concluded in the third quarter of 2019. Therefore, until the transaction is completed, NIC and CBA will continue to operate as separate companies. At all times, you remain top of mind and we are committed to ensuring uninterrupted service during this transition. We would like to take this opportunity to thank you for banking with us,” Gachora added.

Upon complete approval of the merger by the authoritative bodies, this will create the third-largest lender in Kenya by assets after KCB and Equity and overtake Co-op Bank which will be relegated to rank fourth.