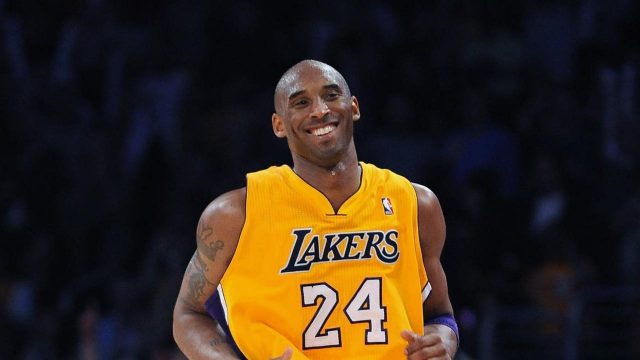 On Sunday evening, Twitter came to a standstill with the heartbreaking news of the sudden death of retired NBA legend Kobe Bryant.
The retired Los Angeles Lakers star, 41, and his daughter Gianna died in a helicopter crash near Calabasas, Calif. Onboard was also a college baseball coach, his wife, and daughter who were killed in the crash.

Bryant, a five-time NBA champion, played for the Los Angeles Lakers throughout his career and is considered one of the greatest players in the game’s history. He retired in 2016 after a 20-year career with the LA Lakers and was named an NBA All-Star 18 times. Many have been shocked by his untimely death.

The NBA issued a statement saying it was “devastated by the tragic passing of Kobe Bryant and his daughter, Gianna” aged 13.
“For 20 seasons, Kobe showed us what is possible when remarkable talent blends with absolute devotion to winning,” it read.

Tributes have been pouring in from world leaders, celebrities and fellow sports stars.

“I loved Kobe, He was like a little brother to me. We used to talk often, and I will miss those conversations very much. He was a fierce competitor, one of the greats of the game and a creative force. Kobe was also an amazing dad who loved his family deeply – and took great pride in his daughter’s love for the game of basketball,” said six-time NBA champion Michael Jordan.

Kobe was a legend on the court and just getting started in what would have been just as meaningful a second act. To lose Gianna is even more heartbreaking to us as parents. Michelle and I send love and prayers to Vanessa and the entire Bryant family on an unthinkable day.

Kobe Bryant, despite being one of the truly great basketball players of all time, was just getting started in life. He loved his family so much, and had such strong passion for the future. The loss of his beautiful daughter, Gianna, makes this moment even more devastating….

So sad to hear the heartbreaking news of the deaths of Kobe and his daughter Gianna. Kobe was a true legend and inspiration to so many. Sending my condolences to his family and friends and the families of all who lost their lives in the crash. RIP Legend💔 pic.twitter.com/qKb3oiDHxH

My heart is in pieces hearing the news of this unimaginable tragedy. I can’t fathom what the families are going through. Kobe meant so much to me and to us all. Sending my prayers, love, and endless condolences to Vanessa and the family and anyone who lost someone on that flight.

My heart is so heavy. No one should ever experience what the families involved are going through. This has affected us all so much but I cannot begin to imagine what Vanessa is feeling losing her husband and her baby girl. I cry just thinking about it. pic.twitter.com/U3osyw6Pzu

I’m deeply saddened by the tragic loss of Kobe Bryant, his daughter Gianna, & all who died in today's accident. Kobe lived a very large life in a very short time. My prayers are with Vanessa, Natalia, Bianka, Capri, and all those who lost loved ones today. https://t.co/lSIEvT11as

The 2020 Grammys ceremony was opened with a heartfelt tribute to him, as Host Alicia Keys dedicated the show to Bryant’s memory, with an acapella version of It’s So Hard To Say Goodbye, accompanied by Boyz II Men

“To be honest with you were all feeling crazy sadness right now, because earlier today Los Angeles, America, and the whole wide world lost a hero. And we’re literally standing here, heartbroken, in the house that Kobe Bryant built. Right now, Kobe and his family and all of those that have been tragically lost today are in our spirits, in our hearts, in our prayers, they’re in this building.

I would like everybody to take a moment and hold them inside of you and share our strength and our support with their families. I know how much Kobe loved music,” she added later, “so we got to make this a celebration in his honor,” she said.

Dance with the angels Kobe and Gianna, till we meet again.