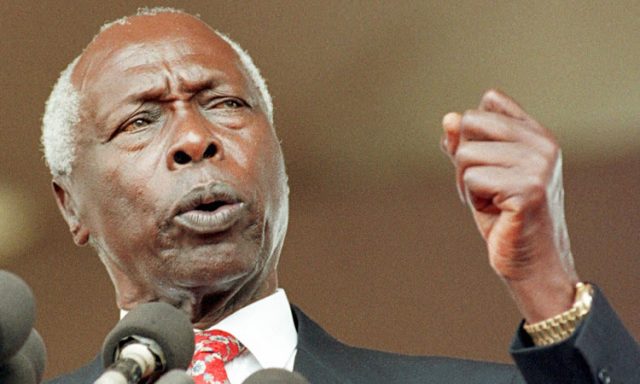 Kenya’s second president Daniel Toriitich Arap Moi is dead. Moi passed on at the age of 96 years while receiving treatment at Nairobi Hospital. His passing was announced on Tuesday morning by President Uhuru Kenyatta who has sent his condolences to the family

“The retired president has passed on, President Uhuru Kenyatta has issued a proclamation for the announcement,” a state official said, adding, a statement will be issued shortly.

Mourning his demise, President Kenyatta described the late Mzee Moi as a ‘great African statesman, an icon, a servant-leader, a man who championed for a harmonious Kenya and a staunch Christian who championed the rights of all persons of all faiths to observe their religion without discrimination or impediment.

Baringo Senator Gideon Moi broke the silence after his father’s death, in a brief statement to the press outside Lee Funeral Home, where Moi’s remains were being held.

“Mzee Moi passed on at 5.20 AM this morning, he passed on peacefully and I was by his side. I take this opportunity to give my heartfelt gratitude to all Kenyans and non-Kenyans for the prayers and thoughts you have given to our family and Mzee, thank you,” he said.

To allow Kenyans to grieve the retired president, the head of state announced that Kenya will observe a period of National mourning starting Tuesday to the day that Moi will be laid to rest and shall be accorded a State Funeral, with all appropriate Civilian and Full Military Honours being rendered and observed.