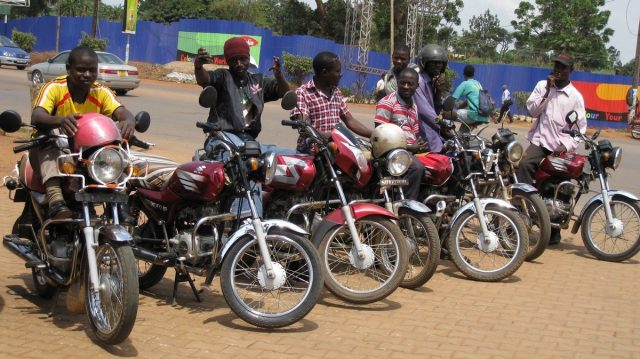 For a long time, the government has failed to maintain order in the Bodaboda sector that has become a menace and a  hotbed of crimes in the country. A report by the National Crime Research Centre (NCRC) indicated that the Boda Boda industry is among the leading causes of road accidents, an upsurge of petty and major crimes in the country and teenage pregnancies, due to lack of a regulatory framework.

The most prevalent Boda Boda motorcycle-related crimes include causing death by dangerous riding 79.5 percent, general theft 76.7 percent, breaching of public order and creating disturbance 66.2 percent, assault 57 percent, robbery, and robbery with violence 52.9 percent, with a major concern being the fact that it is dominated by a fairly youthful population of men most of who are less educated.

“The national police should undertake intelligence-led policing in gathering information and profiling criminal or rogue operators and upscale patrols and enforce public safety regulations like wearing helmets, reflector jackets and carrying only one passenger,” the report recommended.

The government has now embarked on a mission to restore sanity in the industry as it wants to expand the mandate of the National Transport and Safety Authority (NTSA) to include the boda boda riders, which will necessitate the amendment of the NTSA Act among other sector laws.

In a detailed proposal yet to be adopted by members of parliament the policy changes and legislative framework include registering, regulating, monitoring and governing the industry to establish a database for all the operators in the country through mandatory registration, refresher training, and testing. Operators will be required to acquire a rider’s license, certificate of good conduct, helmet and reflector jackets before being licensed road users.

Further, NCRC wants NTSA to collaborate with the County Transport Safety Committees (CTSC) to designate specific zones for operations for the boda bodas in counties. This proposal was informed by NCRC visit to 24 counties to collect data and establish the security challenges in the boda boda motorcycle transport industry and how to fix the loose ends based on the fact that motorcycles are increasingly becoming a popular means of transport for many rural and urban dwellers.