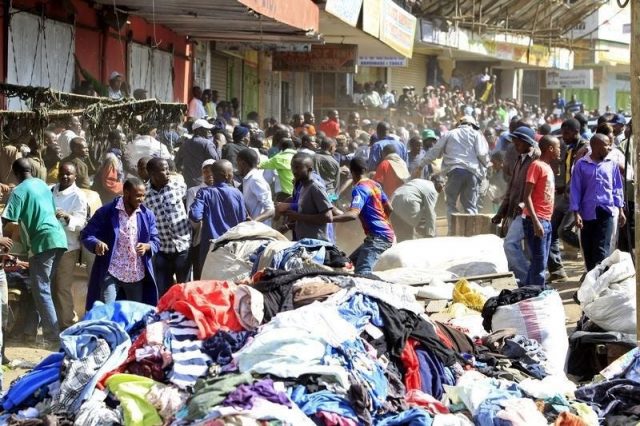 East African governments are planning on raising taxes on imported clothes, to protect textile industries that have been identified as strategic to the region. These imported second-hand clothes will now be classified as sensitive and will attract duty higher than finished products.

According to a study by the US Agency for International Development, the US supplies approximately 20 per cent of total direct exports of used clothing to the EAC, while Chinese exports of cheap, ready-made clothes to East Africa is estimated at $1.2 billion per annum. This situation has been negatively affecting local textile industries.

In March 2016, EAC Heads of State expressed their intent to progressively eliminate importation of used clothing as a means to support the region’s textile and apparel industry. A month later through a legal notice, the EAC increased the specific duty rate on worn clothing and other worn articles. Two years later Kenya quickly adopted these new rates as to align itself with President Uhuru’s Big 4 Agenda, terming textile industry as critical to the creation of employment.

As per the East Africa Community’s three-band tariff structure that was effected years ago,  finished goods imported into the regional bloc attract a duty of 25 per cent, intermediate goods 10 per cent, and there is no duty on raw materials. Commodities such as sugar, wheat, rice and milk which are classified as sensitive attract a higher duty of above 25 per cent to protect local industries from competition.

Should the East African governments adopt the proposed changes, taxes on imported textiles will now range between 30 and 35 per cent. This change are likely to affect SMEs in the fashion industry trying to make a living from selling second-hand clothes. Mitumba clothes will have no choice but to purchase these clothes at a higher price.