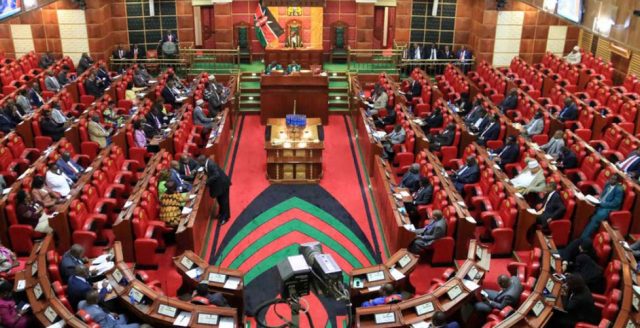 In 2019, parliament approved a bill, compelling creditors to seize assets of defaulting borrowers before laying their hands on guarantors property. The Law of Contract (Amendment) Bill, 2019 was set to restore order in the lending industry where creditors were flexing their financial muscle harassing guarantors, although they have the right to. But the bill suffered a huge setback when President Uhuru Kenyatta rejected a clause of the Bill stipulating that before a suit is brought against a defendant, the plaintiff shall first realise the assets of the principal.

According to President Uhuru, the amendments would negatively affect creditors as guarantors who provide third party security would be tempted to divert assets pledged as security during the period when lenders are busy chasing the principal borrowers’ assets through the courts.

“The proposed new provisions to section 3 of the Law of Contract Act will negate a long-standing principle of contract law that is relied on by lenders, borrowers, guarantors, investors and other stakeholders in the Kenyan economy, especially in the capital markets.

“The proposed provisions are likely to adversely affect credit advanced to micro, small and medium enterprises due to lender’s reluctance to rely on third-party collateral,” said the president in a memo.

To overturn the rejected Bill and cushion guarantors, a two-thirds majority Members of Parliament were required to be present for voting. But on Tuesday, only 28 Members of Parliament out of the 233 expected were present during voting on the rejected Bill. The quorum hitch in parliament sent guarantors back to the drawing board, with the properties they have pledged to creditors on behalf of principal borrowers susceptible to auctioning. Many were hopeful that the bill once passed would shape up the lending industry, but as it stands lenders are at liberty to deal with defaulting borrowers as they please.