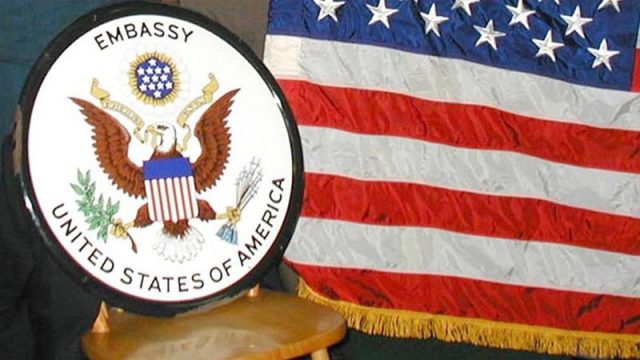 In 1991, Somalia got into civil war after the then-President Siad Barre’s military regime was toppled and what followed were decades of chaos and political unrest. This saw the United State shut down its embassy in Somalia’s capital Mogadishu.

In recent, the chaos has abated giving Somalia a second shot with the US. With strengthened diplomatic years, the United States has reopened its embassy in Somalia’s capital, Mogadishu, 28 years later.  The US embassy in Mogadishu will act to enhance cooperation, advance US national strategic interests, and support our overall security, political, and economic development goals and objectives.

“Today we reaffirm the relations between the American people and the Somali people and our two nations. It is a significant and historic day that reflects Somalia’s progress in recent years, and another step forward in regularising US diplomatic engagement in Mogadishu since recognizing the federal government of Somalia in 2013,” said US Ambassador to Somalia Donald Yamamoto in a statement on Wednesday.

STATEMENT: The United States is proud to announce the reestablishment of the United States Embassy in #Mogadishu @US2SOMALIA. https://t.co/n7ohmPVXpS #Somalia pic.twitter.com/QEdgk9syAL

A statement by the US mission to Somalia on Wednesday noted that the re-establishment of the embassy was a step forward in the resumption of regular US-Somali relations, symbolizing the strengthening of US-Somalia relations and advancement of stability, development, and peace for Somalia, and the region.

However, Somalia is still threatened by violence and frequent attacks from the armed group al-Shabab. The Militant group was ejected from Mogadishu in 2011 and has since been driven from most of its other strongholds, but they still carry out attacks across Somalia, parts of Kenya. After President Donald Trump declared the south of Somalia an area of active hostilities, US raids multiplied in Somali land.

Somalia Bitter Over Suspension Of Directs Flights Into Nairobi