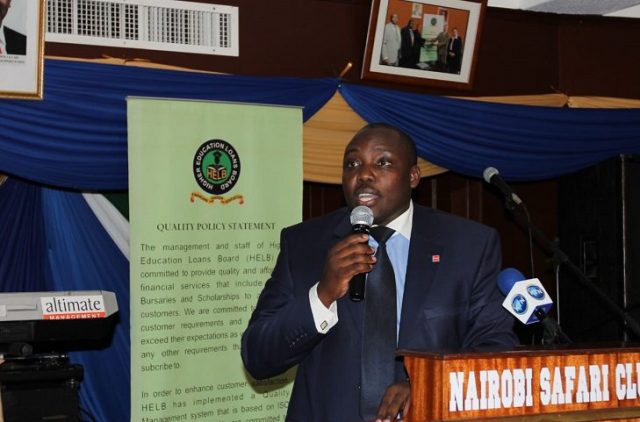 Continuing students in higher institutions of learning who are beneficiaries of HELB Loan are likely to miss out on their semesterly disbursement after HELB announced that more than 113,953 eligible students will not get loans in the remainder of the current academic year.

HELB student funding budget for the year to June was slated at Ksh15.5 billion and with the strict measures introduced by the board with the hope to recover Sh4.9 billion from past beneficiaries, the loan was not recovered. This implies that most students from disabled backgrounds who rely heavily on Helb loans and bursaries to finance their higher education will have a hard time raising fees for their education, with a number of students likely to drop out during the academic year that ends in June.

“If the target of Sh4.9 billion is not achieved, a third of the 370,000 students in universities and technical and vocational education and training (TVET) colleges will not get loans for remaining part of the 2019/2020,” said  chief executive Charles Ringera

The agency has been on the throats of 78,328 loan defaulters holding Sh7.7 billion as at December 31 last year. Despite continued threats of prosecution, credit bureau listings, and deployment of specialized debt recovery agents, past beneficiaries have been defiant and unnerved about repaying their debts. HELB missed its half-year collections target by around Sh100 million to collect Sh2.2 billion against the Sh2.3 billion target.

HELB Goes Slow on Beneficiaries After Realizing Some Are Dead