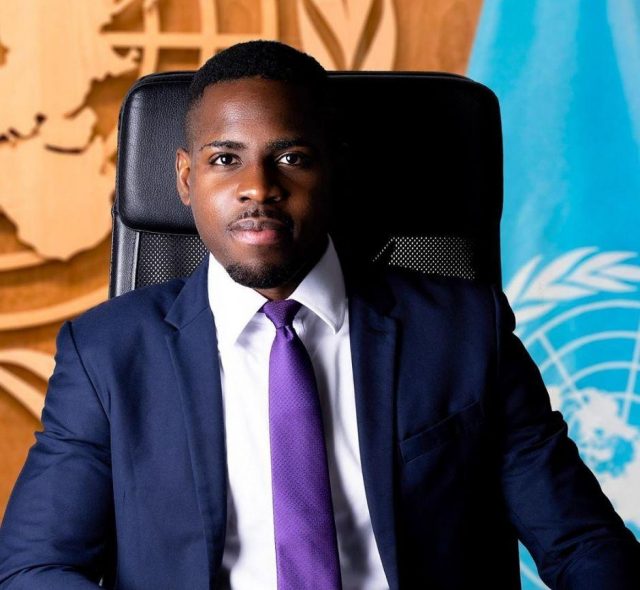 Defeat and Legends always seem to have a connection one way or another. Remember the story of Abraham Lincoln, born into poverty only to become one of the greatest presidents to go down history.  He lost eight elections, failed in business and suffered a nervous breakdown, but he never gave up? Walt Disney was rejected 302 times before finally getting financing to build his legacy creating Walt Disney World. KFC founder Colonel Sanders it is said was rejected 1009 times before he became a business mogul.

This was the case of one Momo Bertrand who was rejected 500 times after applying for an opportunity to join the United Nations, only to be considered after his persistence later on. On his LinkedIn account, he revealed that he started applying for the job st the UN soon after finishing his Master’s degree, and when he told his friends about it they laughed it off and advised him to apply for a much lesser opportunity.

”I told a classmate and he laughed at me, ‘Momo, the UN won’t hire you because you know no one there. Instead, apply to be a kindergarten teacher here in San Diego,’ they told me,” he said.

But the Cameroon born refused to let them get inside his head after they made discouraging remarks soon after revealing to them his desire to work for the United Nations. He kept the course and after 500 failed job applications, he was hired as a Digital Media Officer at ITCILO.org, a United Nations agency. Thanks to his close family and friends, Momo is now in a happy place. He shared this post encouraged many job seekers out there who are discouraged by their rejected applications to never give up.