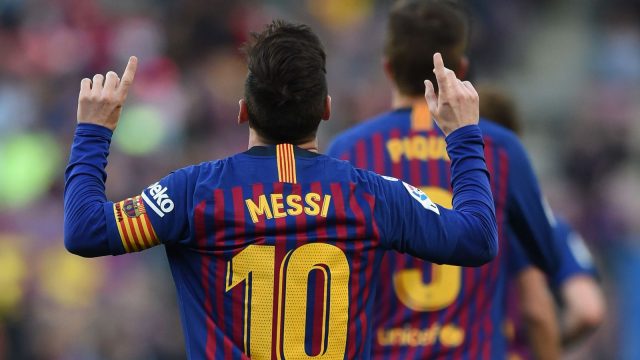 Pope Francis is known to be a football fan. Having previously interacted with Lionel Messi, a fellow Argentinian, the Pope recognized him as football’s greatest ever player, ahead of Pele, Diego Maradona, and Cristiano Ronaldo.

Messi is a renowned professional footballer who plays as a forward and captains both Spanish club Barcelona and the Argentina national team and some people regard him as a god of because of his great achievements in his football career.

He inspired Barcelona to a historic treble-winning season on two occasions, securing the league, cup and Champions League in 2008/09 and 2014/2015. He also scored the most number of goals in a La Liga season 2011–2012.

With five Ballon d’Or awards to his name, the 31-year-old has spent his entire his professional career at Barcelona, where he has won nine league titles, six Copa del Rey honors and four UEFA Champions League winner’s medal.

His Barcelona fans often call Messi “D10S” – a combination of the Spanish word for God, “dios” – with the number 10 on his shirt while others simply refer to him as the greatest of all times “GOAT”. 🐐

The fact that people really adore Messi, to the extent of equating him to God, is what Pope Francis cannot wrap his head around. Messi is arguably the greatest of all times but fans shouldn’t call Lionel Messi “God”, according to the Pope.

Using the word God to describe the Barcelona star is theoretically “sacrilege” and warned supporters against doing it.

“In theory, it is sacrilege. It shouldn’t be said. I do not believe it. People could call him God, just as they might say ‘I adore you’, but only God can be worshiped. ‘He’s a god with the ball on the pitch’ is a popular way to express yourself. He’s great to watch – but he’s not God,” the Pope asserted on TV while speaking on the subject.

Although Messi is yet to play in a World Cup-winning side for his country, his fans believe that he could easily win the cup he has the most successful dribbles than any other player.

Footballer Plays Kofi Annan in a Fight, only for His Manhood to Get Him Suspended