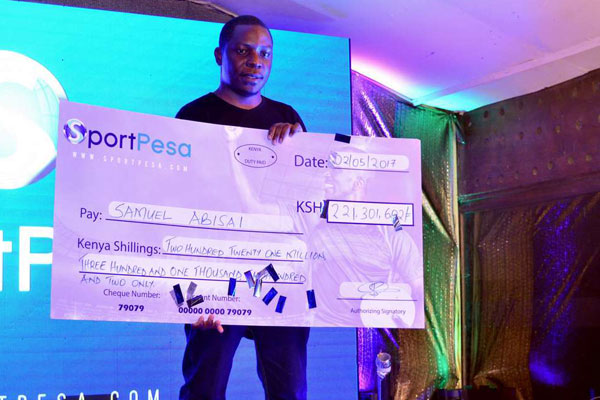 Senior resident magistrate Dennis Kivuti on Tuesday declined to lift his April 11 orders that barred SportPesa from deducting tax on winnings by petitioner Benson Irungu and other winners which overturned the March 29 court directive that had allowed the KRA to demand winning tax from the betting firms.

The court temporarily stopped gambling and lottery firms from deducting 20 per cent tax on winnings pending the hearing of a civil case filed by a Benson. The Kenya Revenue Authority (KRA) had asked the court to stop the order, arguing it will freeze collections of about Sh2.7 billion monthly from winners, the tax which is deducted and withheld by betting and lottery firms.

In May 2014, the betting enthusiast who had won some Sh2,400 after on SportPesa platform filed a suit at the Chief Magistrate’s court seeking to restrain M-Pesa, from deducting tax on his cash prize which issued an order restraining the defendant (SportPesa), its agents and/or servants from making any deductions on the plaintiff or on any person’s winnings in a bet or game of chance pending hearing and determination of the suit.

The order has suspended the operation of a  number of sections which provide for deduction of withholding tax from winning on betting.

“The effect of the said order is that the KRA is unable to collect approximately Sh2.7 billion per month …(meant) to finance sports, art, culture development and universal healthcare,” said KRA acting commissioner for legal services Paul Matuku in a memo referring to a directive by Treasury.

The law passed last year allowed betting and gaming firms to withhold 20% of the sums won by betting enthusiasts to be remitted to the taxman which restored the tax charged on betting winnings but was dropped in 2016 due to challenges in its implementation.

The court ruled that the matter will be heard next Monday with both parties required to file responses.

Churches Hide Their Coffers From KRA to Escape Paying Taxes