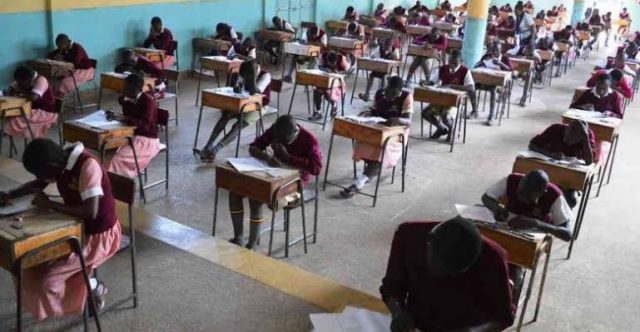 The government has been aggressive about the 100% transition policy for KCPE candidates into Form one. The policy, aimed at ensuring that all children have access to basic education, saw education CS Magoha conduct a door to door campaign to ensure those who were staying at home because they lacked school fees were admitted into high school. The Ministry of education had asked all principals to admit students even those who had challenges raising school fees.

According to Education Principal Secretary Belio Kipsang, so far over a million children have joined secondary schools which constitutes 96% of the students who sat for KCPE last year and the government is working around the clock to ensure that all children are in school.

To carry on with its plans, the government has set up a new secondary school in Nairobi County to accommodate some of 2019 KCPE candidates who had not joined Form One as by the set deadlines for reporting into secondary schools. The new school has been set up within Riruta Satellite Primary School in Dagoretti Sub County and 24 students have been enrolled.

They were among 45 others who the Ministry, in conjunction with the Ministry of Interior and National Coordination, mobilized to have them enroll in Form one in the area, which has over 200 pupils. Dr. Belio who led the exercise said that the ministry would provide 50 desks, chairs, textbooks for the students. Teachers Service Commission has been tasked with sending over a Principal, Deputy, and teachers to ensure the students are taught.