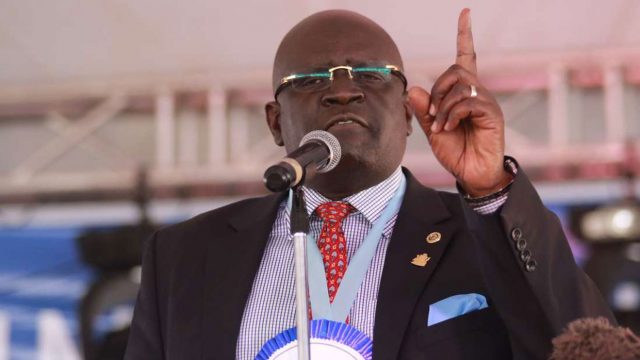 Machakos county became a topic of discussion, yesterday when its children’s Department in Machakos alleged that about 4,000 schoolgirls below the ages of 19 have been impregnated in the county in the last 4 months alone. According to the children’s Department Officer Salome Muthama the incidences had skyrocketed following the COVID-19 pandemic which led to school closure. Th officer went ahead to point a finger at parents for neglecting their children and urged them to step up in their role saying a majority of the cases involve close relatives.

A concerned Education CS Prof. Magoha, responded to the matter, pointing at what could be the major contributor to these early pregnancies. According to Magoha, pornographic content is to be blamed for the rise in teenage pregnancies and it should be completely banned from the country.

“You see when you are not thinking about sex but someone opens a pornographic page then you start thinking about it and generating ideas. Why is that site accessible in Kenya? Who needs it? Don’t tell us because it is accessible in the US that it should be accessible here. There many countries in Africa and Asia that have blocked it and their culture is better,” he said.

CS Magoha now says that his Ministry is will lobby for a change in the law to block information related to pornography from being accessed by anyone in the country. However, Magoha expressed doubts about the numbers that were circulating around social media. He also called for tougher action against individuals who sexually assault girls and asked parents to watch over children.